Price List
Not Not-Violent
a solo exhibition by Hannah Gaskill

Not Not-Violent is a solo exhibition by Pittsburgh-based artist Hannah Gaskill. Hannah is a mixed media artist who is interested in revisiting the ways that she has experienced herself as a spectator in her own experience. Through the fabrication and curation of fibers, casting, and meticulously-searched-for found objects, Not Not-Violent is a laborious cataloguing of moments frozen in time that are rooted in anxiety, fantasy, failure, and the othering of her own body. 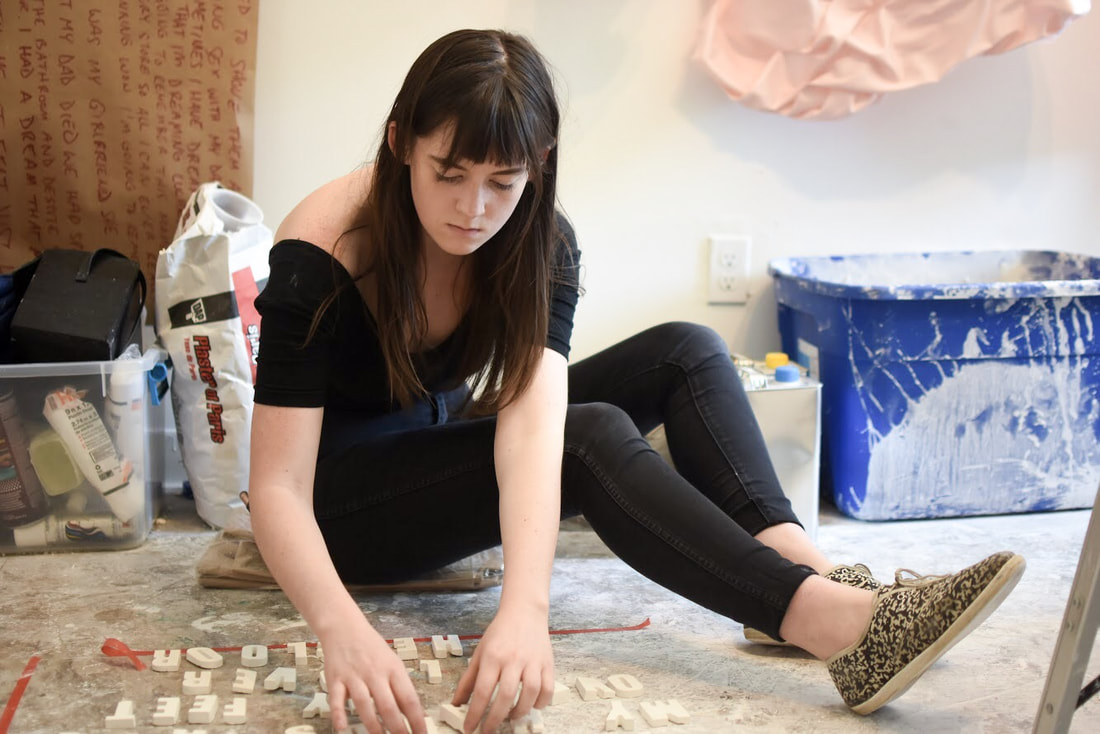 Hannah Gaskill is a mixed media artist concerned with intimacy, tension, failure, narrative, and interpersonal relationships. Originally from Ocean City, MD, Gaskill received her BFA from Carnegie Mellon University where she graduated with Honors in 2016. Upon graduating, she has found herself teaching for several institutions and programs of note in the Pittsburgh area, such as Carnegie Mellon University’s Pre College program, Assemble, and the Mattress Factory. She has also had the pleasure of participating in several shows in galleries and artist-run spaces around the area, such as PUBLIC, Assemble’s Hyperlocal Showcase, Future Tennant, as well as the Mattress Factory. Hannah is so honored to have been able to participate in her first residency at Bunker Projects, and will be pursuing her Masters of Journalism at the Philip Merrill College of Journalism at the University of Maryland this Fall.