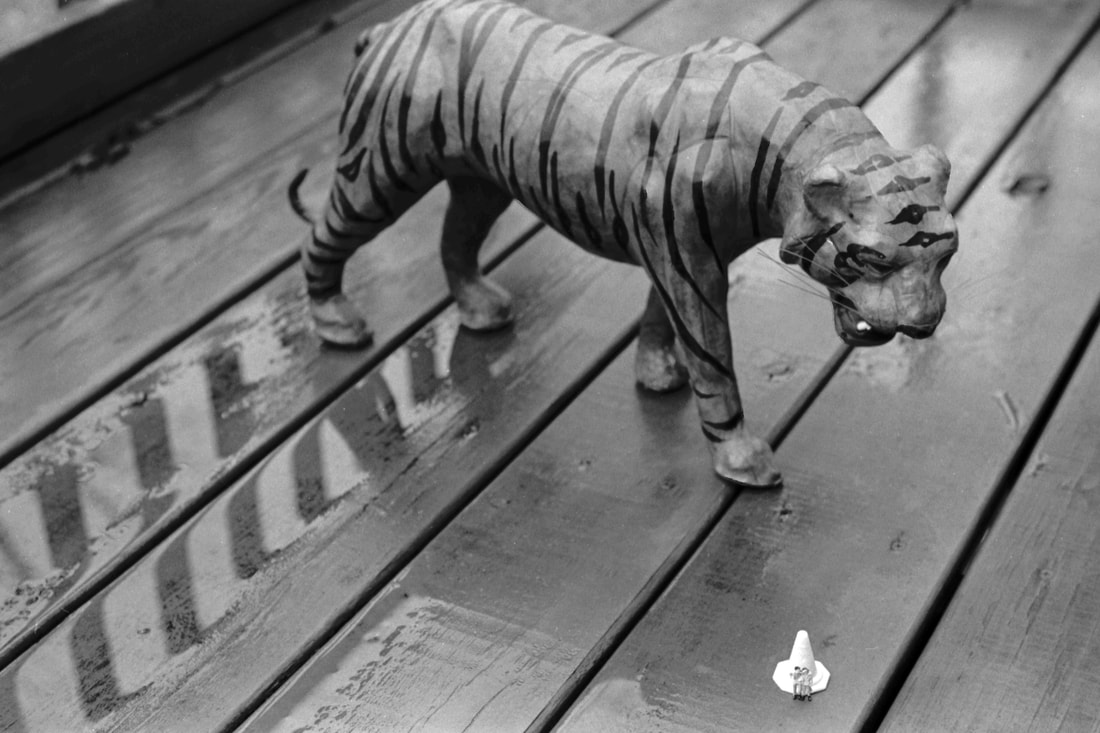 Extrasensory in 35mm
​
by The Editors

02/08/22
Images provided by Kelly Lanzendorfer with artists' permission. The views and opinions expressed in this article are solely those of the author. They do not reflect the opinions or views of Bunker Projects or its members.
Editorials are pieces written by the editors of a publication. Until recently, the Bunker Review did not have editors in the formal sense. Bunker Projects was started almost 10 years ago by a group of art school grads as an experimental art gallery and residency, fitting nicely with the general ethos of Pittsburgh’s robust arts scene; rather than trying to carve out hyper-specialized niche offerings and waiting for them to be filled by artists, Pittsburgh hosts a plethora of innovative, earnest organizations that prioritize the varying needs of the abundant artists in and around the city. The orgs are for the artists, not the other way around.

​Yet with all the support for the arts, there are few, if any, dedicated arts publications in Pittsburgh to cover the breadth of work being produced here. Arts writing is the connective tissue that sustains and joins assemblages of creative practices. It is more than criticism; at its best, arts writing provides a place to experiment with new forms, creates discourse and brings together artists and increasingly vast audiences. Most importantly, it provides an entryway into the new sensoriums that art creates. While the Bunker Review began as a way to circulate the shows at Bunker among a greater audience, we’ve learned a lot, particularly in light of the pandemic, about accessibility and the arts, and how important it is to make the most of all available platforms. To that end, we at the Bunker Review are slowly but surely expanding the network of what we cover to celebrate all of Pittsburgh’s arts scene, as well as the previous residents who have come through Bunker’s doors, offering new opportunities for artists to exhibit non-material works and creatively reflect on their practices.

With the onset of the Covid-19 pandemic, local arts orgs struggled and ultimately adapted to survive (like the rest of us). What’s more, amidst the carnage of uncertainty, precarity and despair, new institutions appeared quasi-miraculously to continue to caretake arts and culture in Pittsburgh. One such organization is Kelly Lanzendorfer’s Wilkinsburg studio, Eastern Standard Photo (ESP). Though there are several local organizations dedicated to spreading the gospel of film photography, it is also the case that using film is largely going out of style. Take for instance the 2018 closure of Pittsburgh Filmmakers, a non-profit that for 20 years offered film and media education and public programming. Lanzendorfer was one of the students who fell in love with 35mm film photography at Pittsburgh Filmmakers. In a recent conversation, she said that the instructors provoked her to think about what she calls ‘the philosophy of photography,’ referring to the delicate balance of creativity and technical skill that it takes to shoot and develop a roll of film.

Lanzendorfer was a teaching assistant at Pittsburgh Filmakers before they closed, and subsequently taught photography and darkroom techniques at CCAC and Manchester Craftsman Guild. Feedback from new and returning students made it clear that people wanted to learn more about film, but many places were shuttering their darkroom programs; Lanzendorfer wanted to teach, but didn’t have a venue. When the pandemic hit, suddenly she had nothing but time, her cameras, and vats of chemicals in her bathroom. Thanks to some fortuitous timing and good friends, what began as developing film DIY-style in her home sink turned into a small but bright storefront in Wilkinsburg, which she shares with another new addition to Pittsburgh, the eclectic Fungus Books and Records.

According to Lanzendorfer, what sets Eastern Standard Photo apart from other places that develop film, do photoshoots or even exhibit contemporary photography is an emphasis on teaching and accessible film education. One of ESP’s most unique and timely services is a flexible monthly photo subscription program: each month you receive a prompt, a roll of black and white 35 mm film, and developing/scanning services. There are different subscription tiers— ESP’s website urges participants to think of it as a club, a reason to use your camera as often or as seldom as you’d like. You can also participate in group critiques or have a one-on-one with Lanzendorfer. And “If you dont have a camera to use, ask me about that, too. I’ve got one you can borrow. :)”

The photographs accompanying this piece come from participants in Eastern Standard Photo’s monthly subscription service. Reflecting Lanzendorfer’s wit, whimsy and warmth, they are responses to themes ranging from “shapes, lines, textures, patterns" to simply, “orange."
Before the most recent Covid surges, Lanzendorfer also ran workshops, which according to her mostly consisted of going on walks to shoot photos and learning how to operate the camera. ESP plans to expand its workshop offerings so folks can learn effects and tricks like double exposures, low-light and nighttime photography (that got my enthusiastic vote during our conversation) and how to develop their own film. For the latter, folks would come to ESP’s darkroom in small numbers (to be safe) and be shown how to develop film hands-on. Lanzendorfer claims those lightbulb moments, when people figure out how something works, are why she loves teaching, even if teaching somebody to develop film in their bathroom means they no longer need ESP’s services.

​What really sets ESP apart is not only Lanzendorfer’s commitment to education, but also her intimate, generous take on programming:

“I think that it's about showing people that film can have a place in somebody's life, even if it's just to have a pandemic activity. Anybody can go for a walk in the woods by themselves and take pictures. It's a perfect activity. I might be biased because photo is my thing, I love it. But I find it to be so restorative, to just take some time to really slow down and take in everything around me. So if I can teach even a handful of people to see photography in that slow, deliberate way, mission accomplished.”

The name Lanzendorfer chose for her business is deliberately tongue-in-cheek, conjuring images of the mysterious, the paranormal and the supra-sensible; the ESP logo even features three blinking eyes one might associate with friendly extraterrestrial life. But there is in fact something truly magical and unique about stepping into a photography space run by a woman— particularly considering photography’s notorious cult of male genius. Eastern Standard Photo prioritizes learning, not gatekeeping, and deliberately aims to foster a sense of community. The folks who pick up a camera through ESP are connected via their minds and experiences, oftentimes literally for those who amble through the woods together or set aside time for a group crit. session. Perhaps the name isn’t so cheeky after all.
Eastern Standard Photo is located at 700 1/2 Trenton Ave in Wilkinsburg, PA.