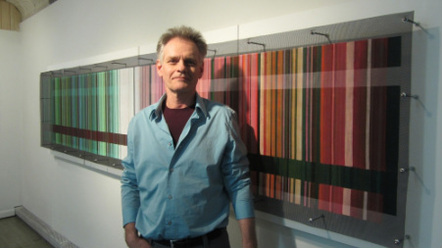 A collaboration and exploration of materials, process, and perception - that is the best way to describe Joe Beddall’s approach to art making.
An installation titled “Now You See It” in the main gallery incorporates moiré patterns that appear and shift as the viewer moves around it. Three painted fiberglass screen panels are stretched from floor to ceiling and the combination creates illusions of depth and motion, engaging the audience in a visual experience begging to be explored. This paint on screen technique is examined in additional pieces in the exhibit as well as an invented process Beddall calls “Waterworks.” These pieces are on sheet aluminum and are produced under water. This body of work is created by collaborating with nature, harnessing its energy to give it visual form. 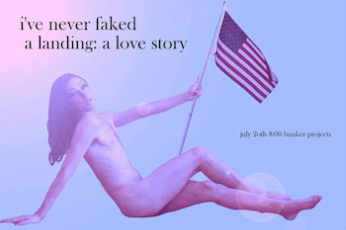 On July 20th, 1969, Neil Armstrong stepped down onto the cool soils of my homeland. Many say that the televised moments shared across the globe were faked, and on July 20th, 2014, 45 years after this momentous occasion, I will give erth and her erthlings the tell all of why the moon landing was faked. This is the Pocahontas tale of my sexual relationship with America, her technologies, but most of all, her baby boy, Neil.
Doors of the Bunker Projects will open at 8:00 for a show shortly thereafter. Think Vagina Monologues meets TMZ elevator footage of the Knowles-Carter Dynasty mixed with the vocals of someone who listened to parts of Bjork songs a lot in the tenth grade. 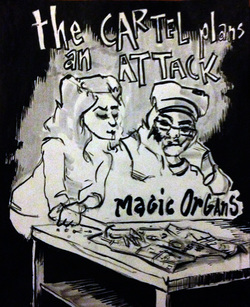 Magic Organs is the creative fury of D.S. Kinsel and Julie Mallis. Working together since 2011, this duo has published hand-made and screen-printed zines, live action paintings, performed with video projections and curated events. Their Retrospective at Bunker Projects will provide an intimate look into the evolution of their joint creative process. In addition to featuring four years of prior work, the exhibition will display a brand new video/installation and painting series.
Facebook Event 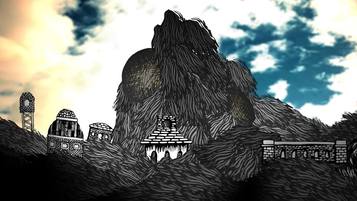 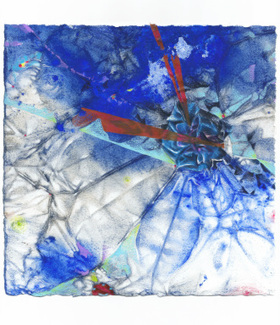 CRYSTALLINE SHADOWS, a solo exhibition of paintings, drawings, and video by LISA MARIE JAKAB, explores the concept of processing ephemeral phenomena through concrete imagery packed with detailed information, which mirrors the overlap of visual stimulation and internal human thought processes... How do we process constant stimulation, the overwhelming beauty of nature, natural phenomena, and the elusive playfulness of light? 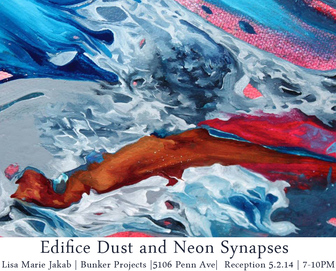 Lisa Marie Jakab creates abstract imagery about liminal spaces using biomorphic forms informed by nature and the cosmos. Generating her own interpretation of beautiful imagery, she explores the psychology of cognition where definable ideas originate and grow within human thought processes through paintings, drawings, and photographs. 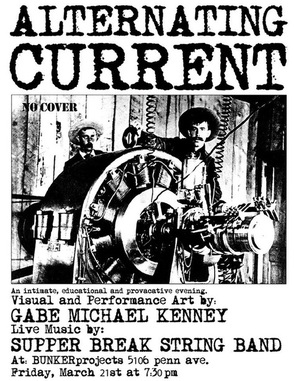 An assemblage or combination of "things" or "parts" forming a complex or unitary whole.  In its essence, the show Alternating Current is a system.  The systems was simply put in place to show structure, behavior and interconnectivity throughout its many parts.

Works by resident artist Dana Lynn Harper, including her installation "Nubbin Parade." Comprised of hundreds of hand painted ceramic coils, the finger like forms grow from the gallery floor in colors of teal, blue and pink.  "Flip-flop-flux," is made of re-purposed white plastic strips. The plastic drapes from the gallery wall onto the gallery floor, colored in neon gradients. 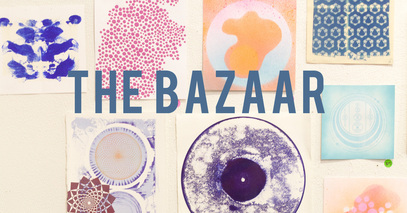 Art everywhere, over 100 pieces of work on display!  Aiming to create accessible art for the home, Bunker's March Unblurred exhibition will be a bazaar style show with works on view and for sale by current residents Dana Lynn Harper, Gabe Michael Kenney and Samuel Berner. 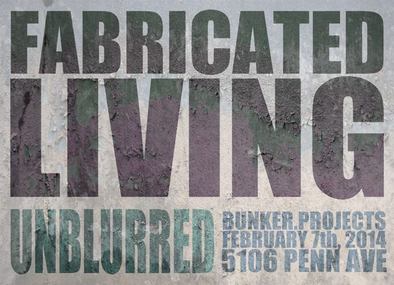 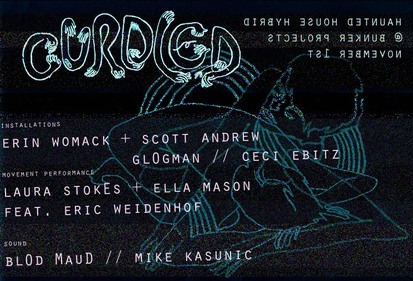 BUNKERprojects is pleased to announce CURDLED. This haunted house hybrid will present viewers with an interactive environ designed to titillate, spook, and mystify.  Site-specific installation, dance, video, and sound combine to transform the BUNKER space into a house of conceptual horrors. 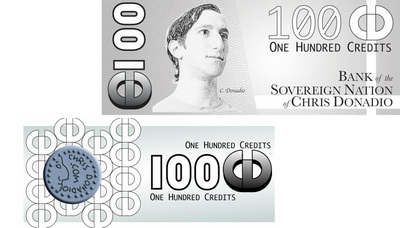 On Friday August 2nd, 2013 Bunker Projects hosted the Sovereign Nation of Chris Donadio. The artist created an art performance/installation where he turned the gallery into his own autonomous nation, complete with its own constitution and economy.  Audience members/new citizens also witnessed the drafting of the constitution and a patriotic performance by the band, OUAIS. 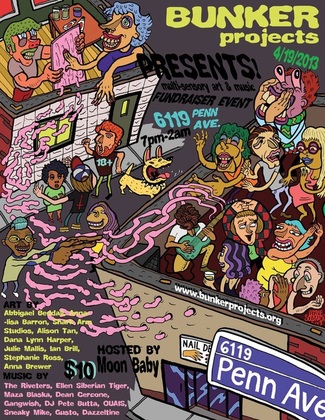 April 19 2013 we put on our first fundraiser with help from VIA at 6119 in East Liberty, just a stroll or bike ride down Penn Avenue from BUNKER's home base.  It was an awesome night full of art, music and even some home made cocktails made with shrub from Wild Purveyors by the fabulous Matt Rychorcewicz & Anna Brewer. Our soulful and otherworldly host, Moon Baby kept the event moving with a series of performances from his original opera. It was a jammed packed line up, that overflowed into the wee hours of April 20th 2013. Time constraints forced us to cut off two of the last acts, Gusto & Sneaky Mike, but we look forward to working with them sometime in the future. 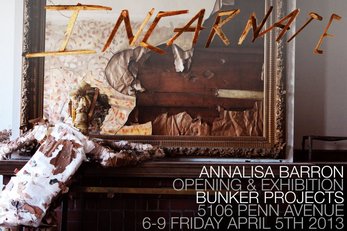